Amvets Post 4 in Massena is one of the largest Amvets around and we have 2 separate locations to serve our members. Our main location is on 12 Andrews Street and can be enjoyed year-round. Our second location is on the Grasse River in Massena Center and offers camping from Mid-May through Labor Day Weekend.

As one of America’s foremost veterans service organizations, AMVETS (or American Veterans) has a proud history of assisting veterans and sponsoring numerous programs that serve our country and its citizens. The helping hand that AMVETS extends to veterans and their families takes many forms.

One of the most visible is our network of trained national service officers (NSOs) accredited by the Department of Vet-er-ans Affairs. Funded by the AMVETS National Service Foundation, these dedicated men and women can be found in close to 40 states, providing sound advice and prompt action on compensation claims at no charge to the veteran. 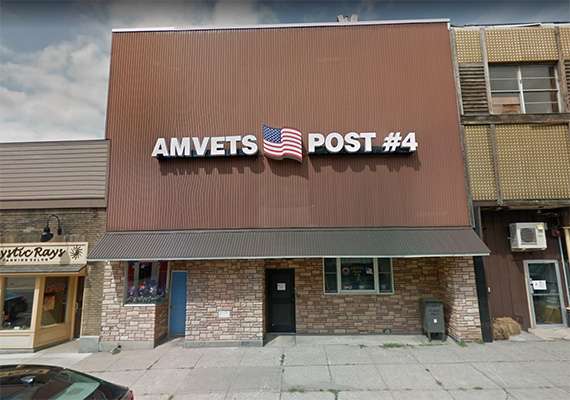 In one recent year alone, AMVETS national service officers processed more than 24,000 claims that resulted in vet-er-ans receiving some $400 mil-lion in com-pensation. This commitment to service traces its roots back to 1948, when our NSOs first began helping veterans of World War II to obtain the benefits promised them by the federal government. Coincidentally, it was these returning veterans who provided the impetus for forming AMVETS in the first place. At the time, many of them belonged to veterans clubs on college campuses. As the number of returnees swelled into the millions, it was evident that some sort of nationally orga-nized assistance for them would be needed. The older established national groups wouldn’t do; the leaders of this new generation of veterans wanted their own organization.

Since then, the original charter has been amended several times to admit as members those who served in different eras. Today, membership in AMVETS is open to anyone who is currently serving, or who has honorably served, in the U.S. Armed Forces from World War II to the present, to include the National Guard and Reserves. 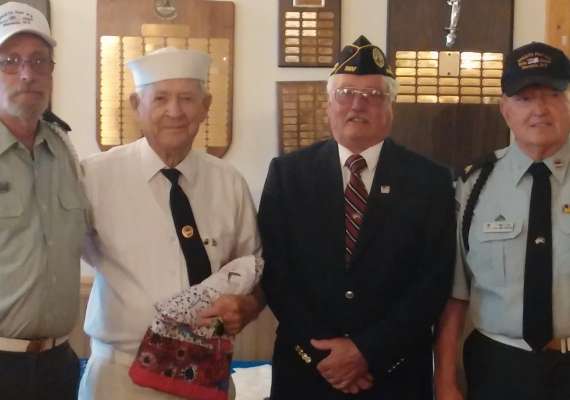 As a volunteer-led organization, we annually elect and/or appoint officers at the national, district, department and post levels. Each August, representatives from these levels attend the AMVETS national convention to make decisions on issues affecting veterans and the organization.

Over the years, AMVETS has been in the forefront of public policy related to national defense, services for homeless veterans, adequate funding for the Department of Veterans Affairs, concurrent receipt of retirement pay and disability compensation by disabled military retirees, veterans employment and training, POW/MIA accountability and flag protection.

In addition to the work of our national service officers, other AMVETS members, as well as those in the AMVETS Ladies Auxiliary, will devote as many as 250,000 hours of free time a year to brighten the lives of hospitalized veterans. Here, some-thing as simple as playing cards with the lonely or watching television with the disabled can make a world of difference.

In addition to the work of our national service officers, other AMVETS members, as well as those in the AMVETS Ladies Auxiliary, will devote as many as 250,000 hours of free time a year to brighten the lives of hospitalized veterans. Here, some-thing as simple as playing cards with the lonely or watching television with the disabled can make a world of difference. So can the assistance we give those who want to finish their education. Each year AMVETS awards scholarships totaling $40,000 to deserving high school seniors, ROTC students and veterans pursuing higher education.

But helping others is not limited to our fellow veterans. AMVETS members in more than 1,400 posts nationwide also promote and support “quality of life” community service programs ranging from the Special Olympics and ROTC to scouting and organ donor projects. Apart from these initiatives, the organization has thrown its monetary support behind work on such national monuments as the USS. Arizona, the Statue of Liberty and the Vietnam Veterans Memorial. It also sponsors its own carillon pro-gram to honor America’s deceased servicemen and women. Since 1949, when President Truman dedicated the first carillon at Arlington National Cemetery, this program has grown to encompass more than 60 sites in the United States and overseas.

Another tribute unique to AMVETS is the Silver Helmet Award, often referred to as the ‘Veterans Oscar’. A replica of the World War II GI helmet, this prestigious award is presented annually to recognize excellence and achievement in Americanism, defense, rehabilitation, congressional service and other fields.

As the organization moves further into the 21st century, it does so with the conviction that its focus on preserving freedom, supporting America’s defenders and serving her communities remains a clear blueprint for continued service to God and country.